The GSM team decided to take a trip up to one such park, and then work our way down on foot, following the river to the Kalidonia waterfalls, and recording our journey as we went.

Troodos is a large mountain range located in the centre of Cyprus, and is home to a vast stretch of peaks, the tallest and most notable being Mount Olympus, at 6,400 ft. Scattered throughout the Troodos mountains are various ski slopes, resorts and mountain parks. The GSM team decided to take a trip up to one such park, and then work our way down on foot, following the river to the Kalidonia waterfalls, and recording our journey as we went.

With Zoom H4 and H6 recorders in hand, we conducted audio walks along the steep riverside trail, often crossing the water from one side to the other as the path narrowed on either side. The route allowed us to capture the evolving sound of the river as it weaved through the chilly mountain rage, becoming increasingly more present and ferocious as the team approached the falls. 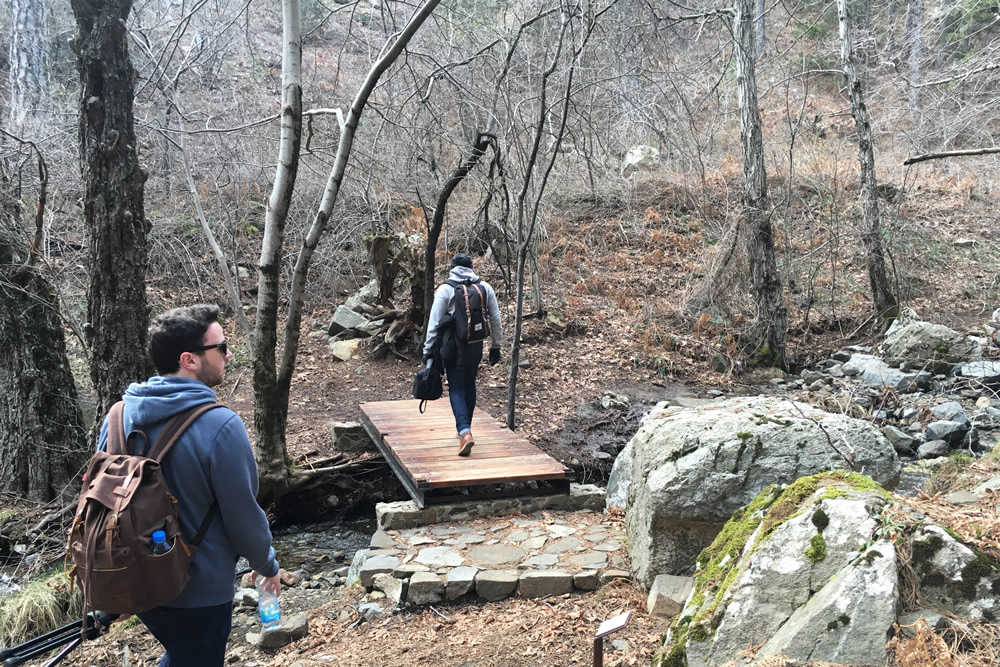 When we arrived at the first waterfall along the path, we descended a set of steep steps and set up two recording stations, placed at the top and bottom of the waterfall, in an attempt to capture the overall sound from two distinct areas. Using the surrounding trees as natural microphone stands, we sought to acquire a wide stereo image to better transfer the audible depth of this terrific natural location onto a high quality digital format. 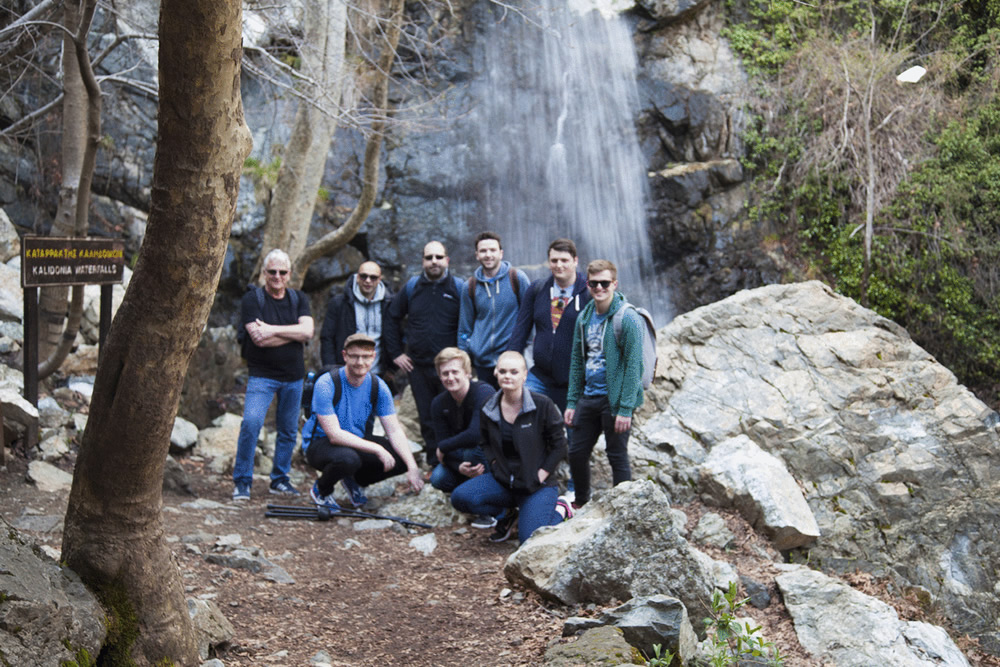 The team finished their journey at Psilo Dendro, a restaurant and trout farm located at the bottom of the trail. After descending the 3km walk, we had collected a variety of audio recordings that would work excellently when applied to a variety of nature films or ambient sound beds.