Individual sonic environments along with unique musical instruments are at the heart of the GSM. Locating these, recording and archiving them, then creating accessible libraries for composers to use in new works, or for anyone to enjoy is essential to our project. ‘Morske Orgulje’ – Sea Organ located in Zadar, Croatia became of particular interest to the GSM as, along with this incredible instrument being unique, it is played by the environment and forms part of the local ambience. The Sea Organ is essentially ‘played’ by the tidal movement of the Adriatic Sea. Waves fill pipes and force air through chambers creating pitches and harmonies. As the movement of the sea is never the same, there is a continual, never ending soundtrack to this city provided by nature.

Multiple 5.1 and stereo recordings were captured that form part of a unique installation that will accompany 360 footage and images. Each octave was sampled various times capturing not only the musical notes, but also the incidental mechanical sound. Through months of post-production, this has been developed into a sampler instrument that can be played using MIDI controllers through digital audio workstations.

Grab our FREE DOWNLOAD of Nova Riva, By Brandon Nightlingale

GSM will release this instrument as a free download exclusively for Ableton Live and hope that it will help develop creativity within song writing and composition.

IMMERSE YOURSELF
AND VIEW 360

Just click the play button expand to full screen and view on a phone within some VR google.

Watch the SUNSET OVER ZADAR 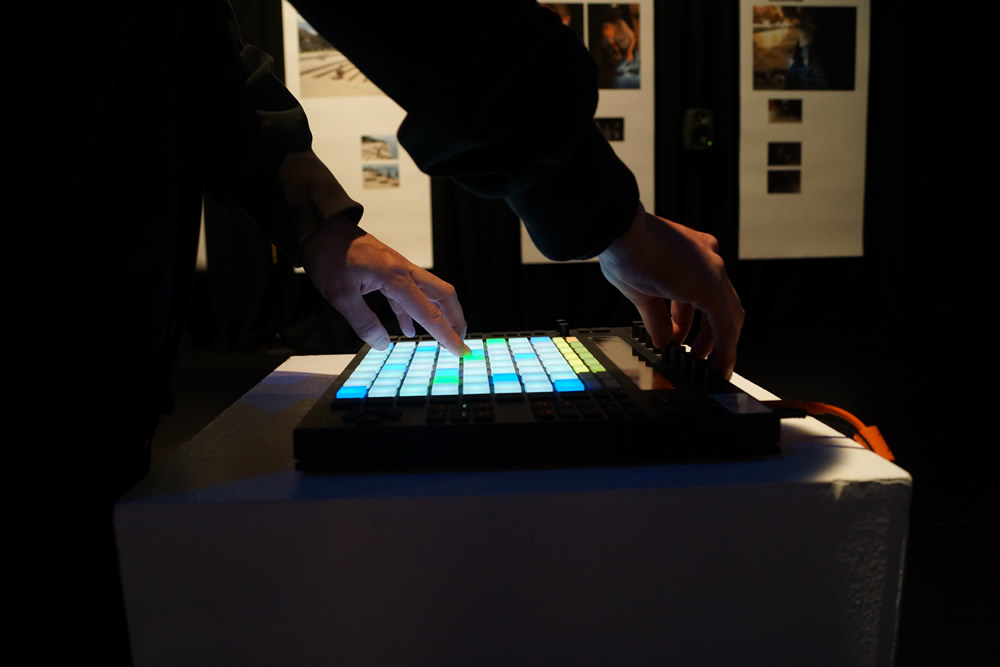 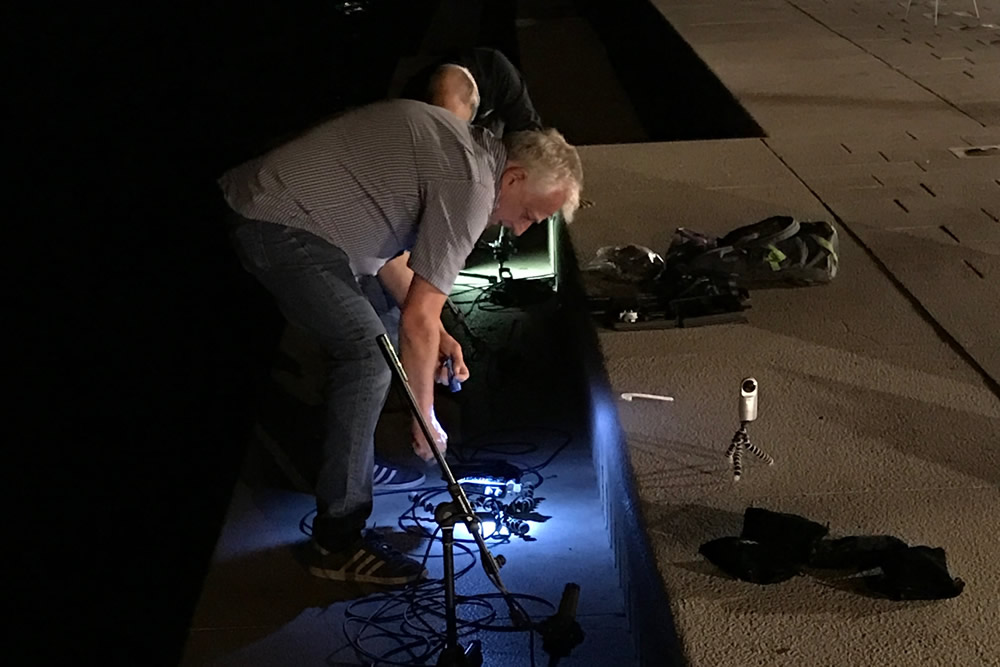 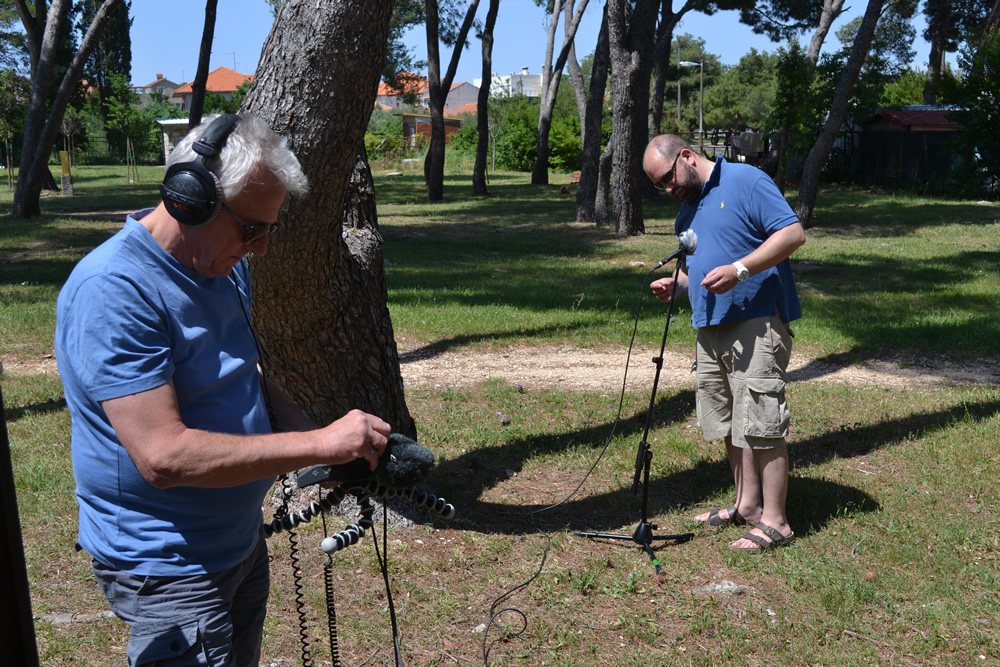 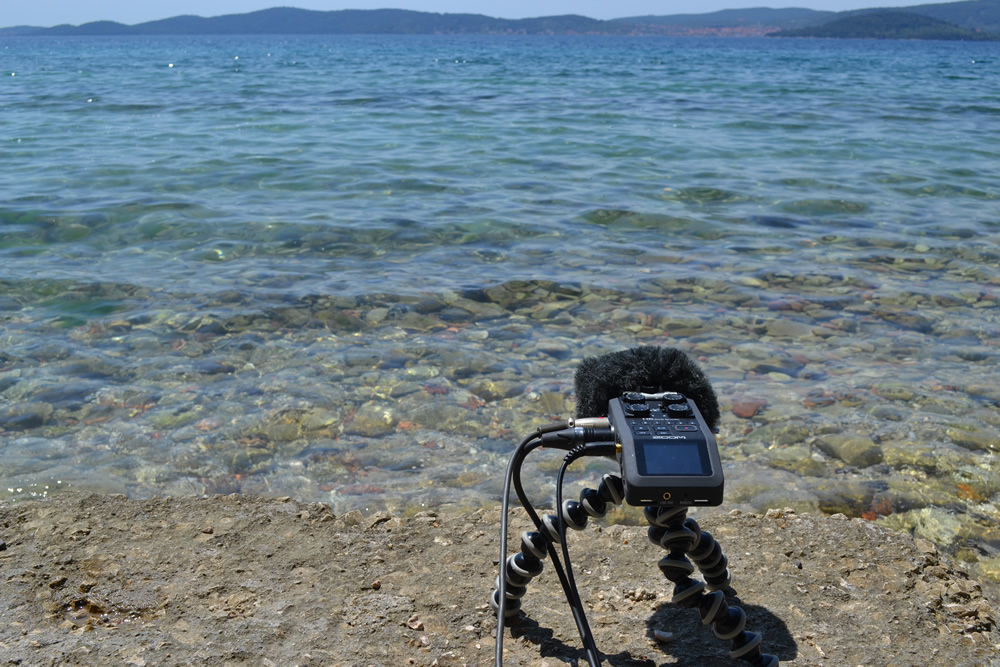 The Showcase
This project showcases the trip to Zadar, Croatia with the intention of capturing a wholly unique musical instrument. Morske Orgulje – Sea Organ a 70 meter organ that produces sound based on the movement of the Adriatic Sea. GSM captured this incredible instrument along with multiple environmental recordings, adding to its existing sound library. This is a multimedia interactive installation that allowed visitors to interact with the Morske Orgulie and collaborate with the tide to create a new piece of music.

Soundtrack
The exhibition soundtrack used the samples we recorded while out in Zadar. The Sea Organ’s dynamic patch utilised Ableton Live 10, Push and Max for Live.

Brandon used eight channels (6 different recordings from Zadar and 2 of the Ocean from Bali) he gradually modulate between a set of 8 Genelec Monitors. The tidal data was taken and adapted in order to control the frequency of modulation between speakers.

Each channel consists of up to an hour of edited / processed audio with their start point modulated by the adapted tidal data. This enabled the participant to trigger the patch on the Ableton push, by doing this on each press equaled the launch at a different point in each recording creating something very dynamic.

The patch sits atop a sound bed comprising of the source recordings, which have been processed and pitched and stretched both 12 semitones above and below which are automated in and out like waves themselves.

A huge thanks to the following for their help on the project, UCLan – BA (Hons) Music Production students:
Brandon James Nightingale, Graeme Lynch and Lauren Simm