Driving up through miles of forestry and rice fields, we finally reached a tiny village amongst the incredibly lush green mountains. The members of the village greeted us – we intrigued everyone, as they had never seen a person of non-Chinese ethnicity before. We followed the crowds of people down to a large concrete sports pitch. Unlike the other tribes, the majority of the village were dressed in regular clothes. After 20 minutes or so, 6 women appeared, all beautifully dressed in black and vibrant coloured outfits, with two huge drums. 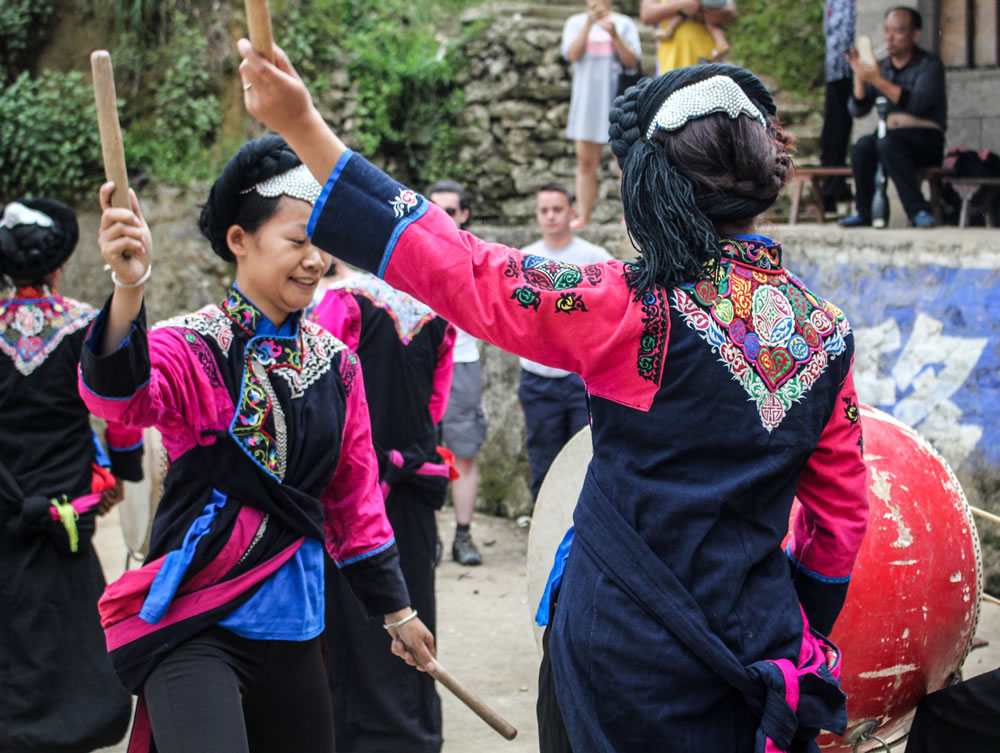 They split into groups, and two women stood on one side of the drum, and one on the other and they began performing an energetic rhythmical performance for us, the beat being held by a woman who looked like she was in her 90s. Their timing was impeccable as they danced and switched places. The experience was surreal. It began to rain, so we carried the drums under a small shelter to stop the equipment from getting too wet. It was here we began to sample the drums; everything from hitting the skin, the rim and hitting the drum sticks together.

Alongside the performance, the natural ambience was also wonderful. A 20 minute climb to the one of the peaks of the mountain, allowed us to capture the beautiful natural sounds of their village. One of the most intriguing sounds was that of a swarm of large beetles. They created what could only be described as a wave of chitter-chatter, communicating back and forth with one another through miles of rainforest. Captured in stereo, the movement in this recording is incredible.