Arriving at the Hani Village, high up in the mountains of Yunnan, the views were absolutely breath taking. It had started to rain so we had to split the umbrellas between us accordingly – making sure all the equipment stayed nice and dry. We had to walk down some really narrow back roads, which were incredibly steep and slippery. We were greeted by the tribe leader, who guided us to the centre of the village where all the people were waiting for us.

The Hani people then began setting up their stage in the middle of the village square. We shortly followed with our equipment, and after a couple of rainy showers we managed to get sorted – recording the performance under umbrellas. Two men entered the stage with small drums, and a man stood by a big drum behind them. They enacted an intense, rhythmic routine. 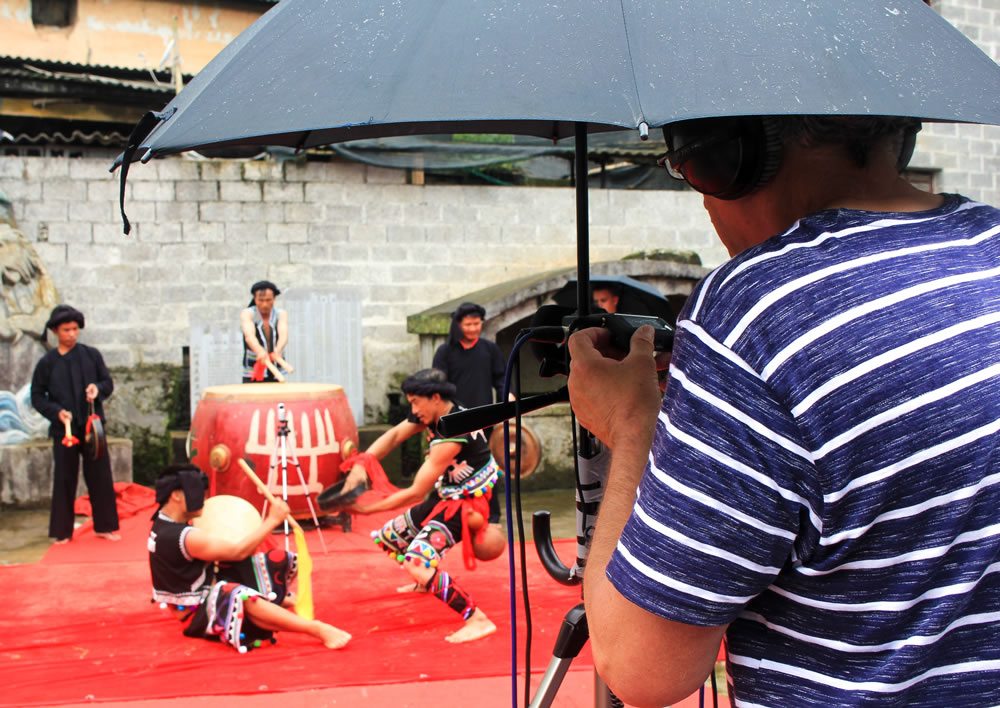 The performance was relatively short, so we moved swiftly onto sampling the instruments. The first instrument was the ‘Big Drum’. We recorded the next handful of smaller instruments, explaining each time to each individual musician what it was we wanted them to do. Having finished everything required the tribe leader invited us for dinner. Giving us the highest of honours possible, he welcomed us into his home. Apparently no other member is allowed in the home, other than the eldest, who sleeps on the bed. They made us a feast, and we all sat in the dark on the bed and ate, although not everyone took to the food entirely, we ate as much as we could. After having a final cup of green tea we headed back down the mountain and called it a day.