This research is a collaboration with The Global Sound Movement.  Audiences can interact in a unique way with GSM sampled sounds from the drums of the Hani Tribe in China to create an embroidery pattern which celebrates their rhythms and traditional costume designs.

“Can gamiﬁcation be used as an interactive and transformative tool for artistic expression to engage learning, encourage appreciation and to illustrate traditional, historical and cultural related experience?”

Advertising designer Elliot Harris’ animated ﬁlm of 2002, ‘Burberry-Rain’ identiﬁes the 4 – dimensional properties of Burberry fabric. In 2013 Sophia George developed a game based on ‘The Strawberry Thief’ which re-vitalized the art of William Morris. The Hani App moves beyond re-vitalization of a design to involve interaction with sound and illustration of traditional crafts, exploring the use of digital tools to create unique artefacts. This acknowledges and records ideas and objects which may otherwise be lost or forgotten.

An exploratory, prototyping methodology was used in this project, allowing for a ﬂexible development style. Sprite Designs were created in Adobe Photoshop and implemented into the App using Scirra’s Construct 2  game engine. The work was inspired by GSM’s photos and sampled sounds and is available to the public as an interactive App on the GSM website, also in the GSM South China Exhibitions and as a video on Vimeo with images of artefacts that can be purchased from the shop at this link. 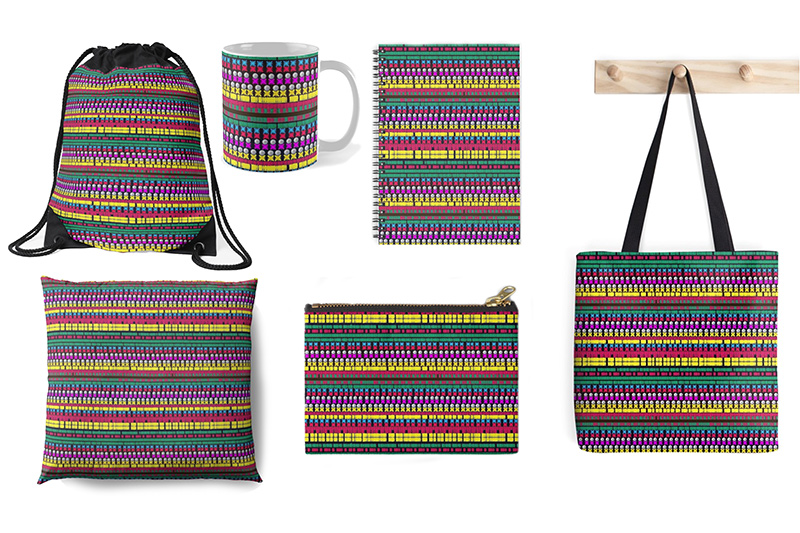