The Sea Organ (Morske Orgulje) is a 70 metre organ that produces sound based on the movement of the Adriatic Sea.

The Global Sound Movement travelled to Zadar, Croatia with the intention of capturing a wholly unique musical instrument. Morske Orgulje is a 70 metre organ that produces sound based on the movement of the Adriatic Sea.

The team’s intention was to record the Sea Organ in multiple ways using differing techniques that would not only capture the natural sound, but provide audio that could be sampled for the creation of a virtual instrument. GSM are interested in capturing instruments in the natural environment, and as the environment is the ‘Performer’, this was of specific interest to the team. 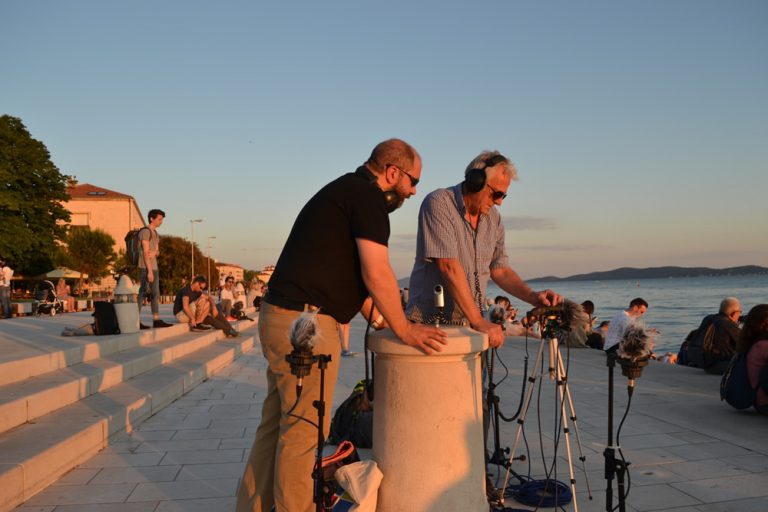 Any recording session has its challenges, be that in the studio or on location. However, the amount of variables that would influence the outcome were many for this project. The instrument is a tourist attraction and hundreds of people gather to hear the sound through the day and night. Background noise and unwanted audio needed to be minimised. As the sound relies on the tidal movement, should the sea be calm, the sound is quite and the pipes do not all ‘play’. Good conditions for this requires wind. However, as the GSM use high end condenser microphones, too much wind compromises the audio recording. A balance has to be found, and this can take time due to the unpredictability of the elements.

View the 360 video of us setting up to capture a recording whilst the sun sets. 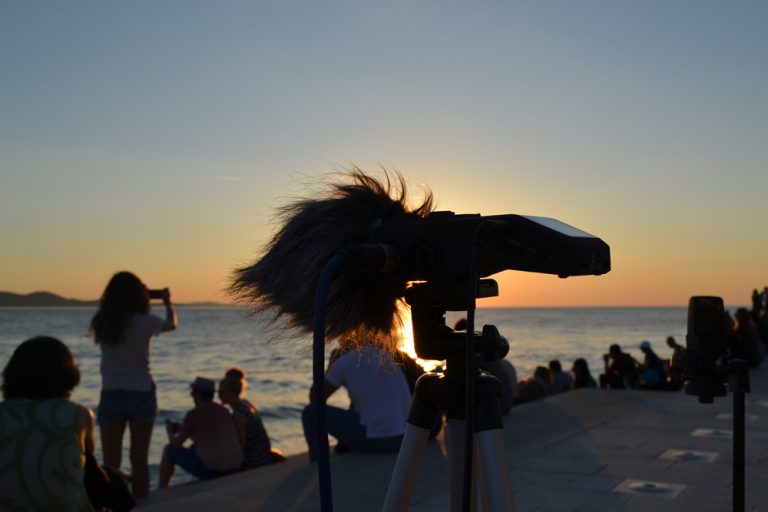 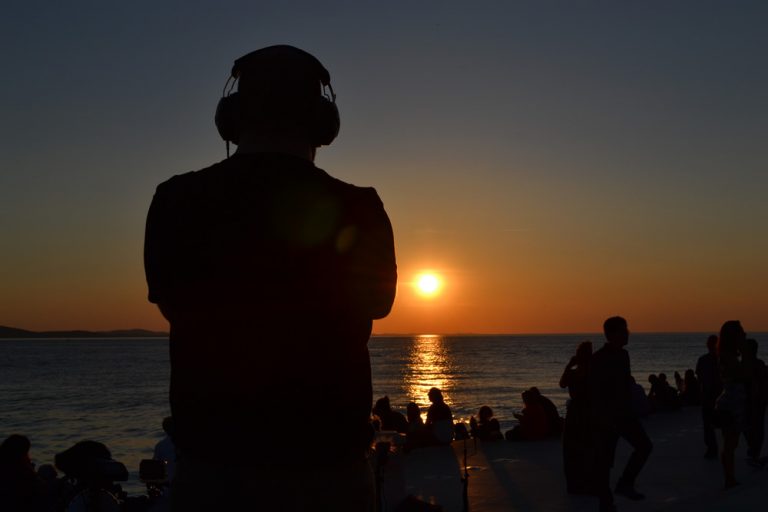 After many hours spanning multiple days, the GSM managed to capture the five steps of the Sea Organ through close mic techniques. Perhaps the most interesting part of working in this way, was the (usually) unheard sound of the mechanics inside the organ. The valve noise and the in workings of this unique instrument. This sound provides a percussive rhythm that is not heard due to the proximity of the audience. Combining these natural rhythms with the pitched material provides the listener with a new way of hearing the organ. 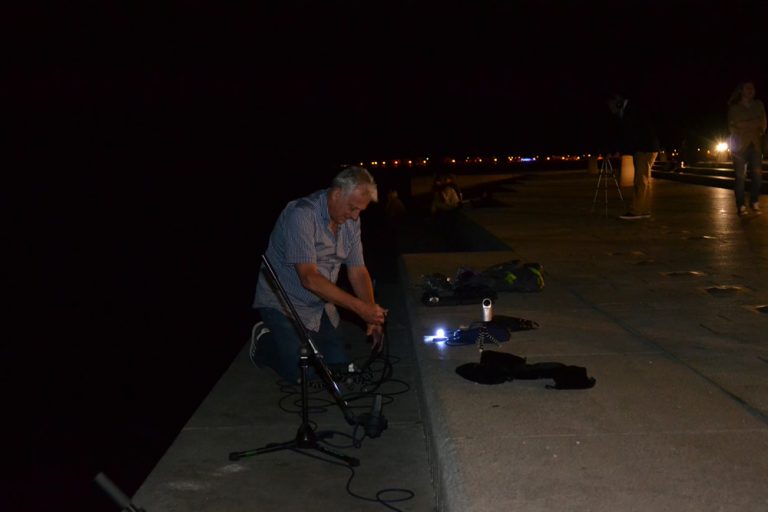 Plans for the post production include editing the sounds of each note and chord whilst isolating the mechanical sounds to create a new individual virtual instrument. This will provide the opportunity for composers to play an instrument that previously could only be played by nature.